This idea is to make use of the display to show a QR code with all details needed for configuring the device on TheThingsNetwork (DevEUI, AppEUI, AppKey). The QR is shown after startup of the sensor, you can take a picture and send it to person entering the device in the TheThingsNetwork, no risk of typing errors.

There are now official Bluetooth UUIDs for GATT characteristic and object types for PM10, PM2.5 and PM1.0, see page 19 of https://btprodspecificationrefs.blob.core.windows.net/assigned-values/16-bit%20UUID%20Numbers%20Document.pdf

The display on the ESP32 LoRa boards is an 128x64 pixel OLED display. It wears out after some months, pixels that have been on more than other pixels will become dimmer.

Hackaday article about this effect. The burn-in/dimming effect is very obvious here.

The firmware tries to auto-detect an external display, and if found, disable the internal display to avoid burn-in.

Things to keep in mind when connecting an external display: 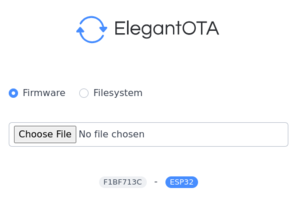