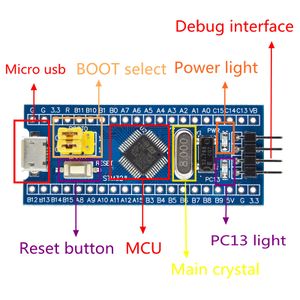 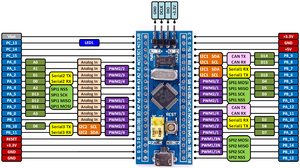 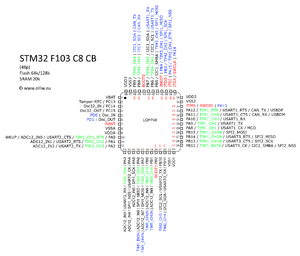 OlliW made a nice pinout diagram of the STM32 in the LQFP48 package, which I'm reproducing here (converted from JPG to PNG).

STM32 has built-in A/D converters, but how can you effectively use them?