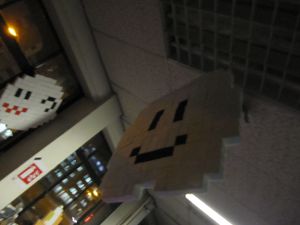 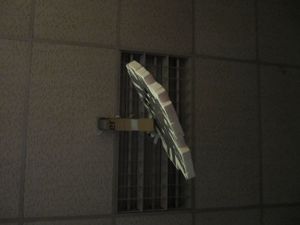 The cloud at RevSpace has proven to be susceptible to more attack-vectors than previously reported after external consult. It appears that wiring everything through the cloud utilizing VirtualWire has made the importance of the cloud of upmost significance. Will RevSpace survive this cloud threat?

Early this year the cloud was installed at RevSpace, which seemed like a pretty good idea at the time. Since then, the usage of the cloud has increased steadily to almost 100%. Now, after a few months, it appears that atmospheric aspects are influencing the cloud. This has been handily exploited and now the cloud is on the edge of falling. To make matters worse, the bulletproof gHOSTing commission has moved in, making changes to the cloud rather complex. An external commission has been granted permission to examine the change in ghosting and cloud-usage by RevSpace. Their primary objective is to examine the suitability and critical effectiveness of high-tensile, pressure sensitive adhesive.

The aggressive marketing campaign held by cloud-vendors lead to quick adoption of the product by RevSpace. The following text was the one persuading most of the RevSpace stakeholders.

Plans are in the making to re-fix the cloud to its original position, while adding durability and sturdiness to the cloud infrastructure. The actual cost and impact of the transition are unclear at this moment.