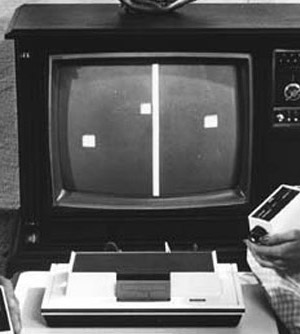 This is my attempt to re-design the very first electronic video game, the Magnavox Odyssey, featuring 27 games, on 8 "cartridges".

The most famous of these 27 games was "tennis", which was later copied by Atari and after adding on screen score keeping became world famous as PONG, it was the precursor of all consoles and computer games as we know them now.

The Odyssey is a system built from discrete Transistors, most of them acting as pulse generators, or logical gates, I acquired the full sets of schematics of the Odyssey, the original one, and the later German one. I'm planning to design a small PCB contains the full logic of the Magnavox Odyssey with modern components.

more information about the odyssey can be found here: https://en.wikipedia.org/wiki/Magnavox_Odyssey

The first non trivial task I did was figuring out the pinlabels of the "cartridge" connector, by closely reading both the original schematics and the German version. Unfortunately the schematics are very poor scans and nearly unreadable, and at first I had many conflicting readings, but I think I've got it. I also installed Circuit-Maker CAD software, which required direct-X enabled rendering, which did not work with my simple VGA driver I was using. So I had to figure out which graphics hardware was in my laptop, and look for a suitable driver in the bowels of the internet, it worked, and I have CM working.