We're going to try assembling some Glasgow [1] PCBs. The FPGA is BGA, and there are >100 jellybean parts to place, so we are using the Reflow Oven. Failure is fun!

We have enough parts for 5 boards, and most of the parts for another 5; costs should be no more than 100eur (you get our assembly time for free).

Obviously we're hand-building these, and we'll test them as well as we can, but: no warranty (other than you coming back and we can debug them together and replace any dead parts). :) The Glasgow boards are designed to be pretty resilient (e.g. there's no problem if you short stuff to ground). At some point there will also be a official crowdsupply campaign by esden, with mass-produced boards.

As of 18th Feb 2020, the first board works, but pin A7 is flaky. Replaced the level shifter on Feb 20: now everything seems to work! Look at the pretty lights: 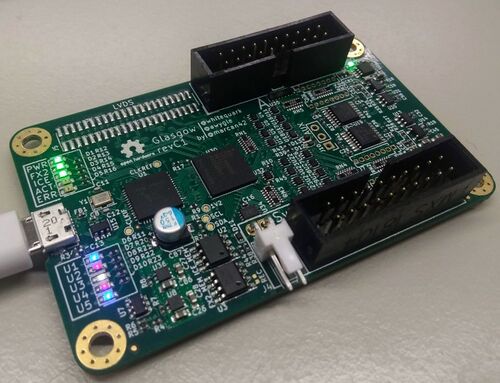 Glasgow is described as an `open source multitool for digital electronics'; it's basically an FPGA with configurable level shifting for 16 ESD-protected I/O pins, so you can connect it to a whole bunch of random interfaces: 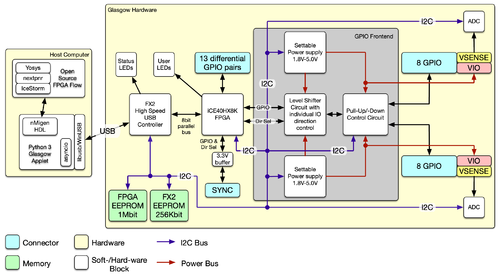 noopwafel tried making one in the reflow oven (14th Feb 2020). Next time need to check reflow temp profile, placement in oven, placement of components, how to apply solder paste, need better tweezers, and there are other lessons along those lines. Having said that, it looks OK: 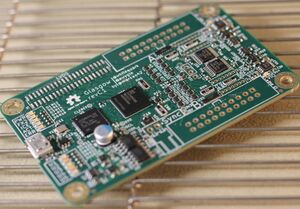 We ordered 50 revC1 PCBs and a stencil from JLCPCB.

noopwafel bought about 10 board's worth of components.