Project page for the high altitude balloon tracking/listening station we are setting up in the space.

The old geyser's ventilation pipe is still penetrating the roof. Cat5e UTP and 230v at your fingertips. It looks like we don't need to put our setup on the roof anymore, just the antenna! The enclosure we are going to use doesn't need to battle mother nature anymore, easy replacement if something breaks, etc, etc. 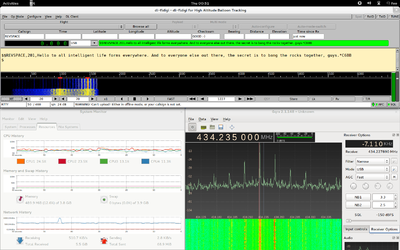